This post assumes some knowledge of the physics of neutrinos. I have made a thorough review of neutrino oscillations available elsewhere. Here we will have a brief look at neutrino oscillations in matter, the MSW effect, assuming only an interaction between electron and muon neutrinos. I have seen nothing but poor visualisations of the MSW effect in the literature, which is the motivation for this post.

Plotting the survival probability of electron neutrinos as a function of the mixing parameter $x$ and the mixing angle $\sin^22\theta$ reveals the MSW triangle related to the MSW effect. 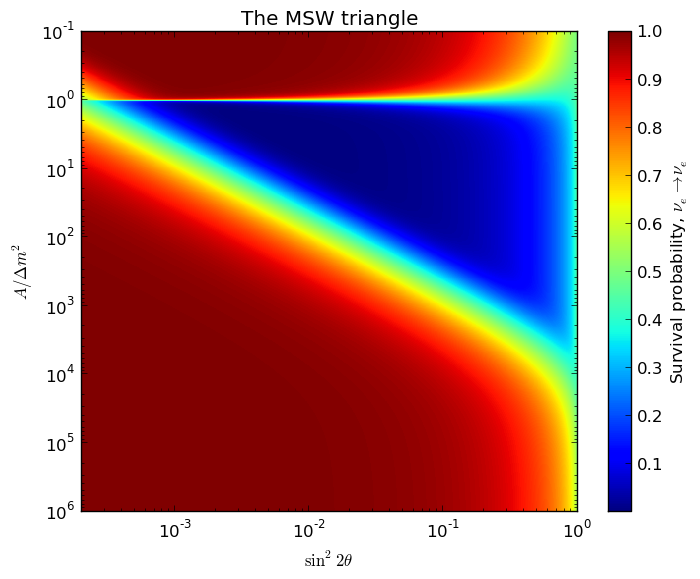