Correlations in evolution of GDP

Some time ago I read a chapter called Statistical Physics Models for Group Decision Making in a book on Econophysics. This post is not a review, but a presentation of an idea sparked by that book. In this chapter they have the following note about GDP:

A large number of political, economic, social, and administrative decisions are embodied in the economic growth, currently measured by GDP and GDP per capita. Starting from the fluctuations of these indicators, one can establish correlations among the countries that adopt similar lines of development, in a given time interval.

They then move on to construct a fully connected graph, in which the links are assigned a weight based on correlations in evolution of GDP. When all the links have been assigned a weight, they then impose a threshold, such that links with a weight smaller than this threshold are deleted. This is one way of doing a cluster analysis on similarities of economic development. Another approach could be plotting the components of a principal component analysis, which is also explored in the book, and has also been done here.

I wish to repeat the process of creating a network, with weighted links and a variable threshold, as I am not impressed by the visualizations in the book. The problem with old school printing is that it is a very static medium compared to e.g. this blog.

The first thing to do is to obtain data. I found a table of "Real GDP growth - Annual growth in percentage" for the OECD countries in the so called OECD FACTBOOK 2006. According to this document: "Real growth rates are obtained by converting GDP to constant prices and calculating the change from year to year." So far so good. Next I calculate the correlations of these time series, which are shown in the figure below. 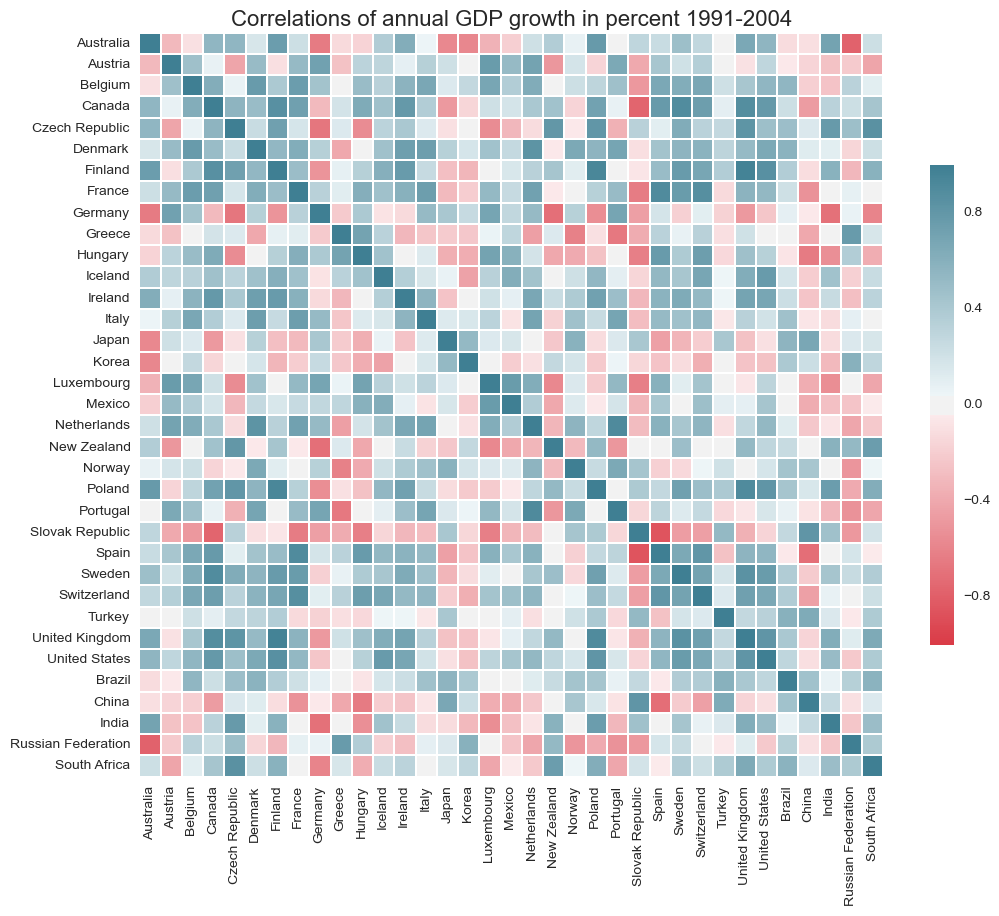 This figure looks fancy in itself, but it is difficult to get an overview and tell if there is any clustering. Also, it is static. The next step is to turn these results into a JavaScript object, so it can be visualized in a browser.

Below is a screenshot of the interactive visualization I have made. Click the image or this link to go there. Now it's possible to select all, or just a single country, and determine the level of the correlation threshold for links to be shown. In this visualization the threshold (left handle) defines the middle of an interval whose width can be tuned using the handle to the right. 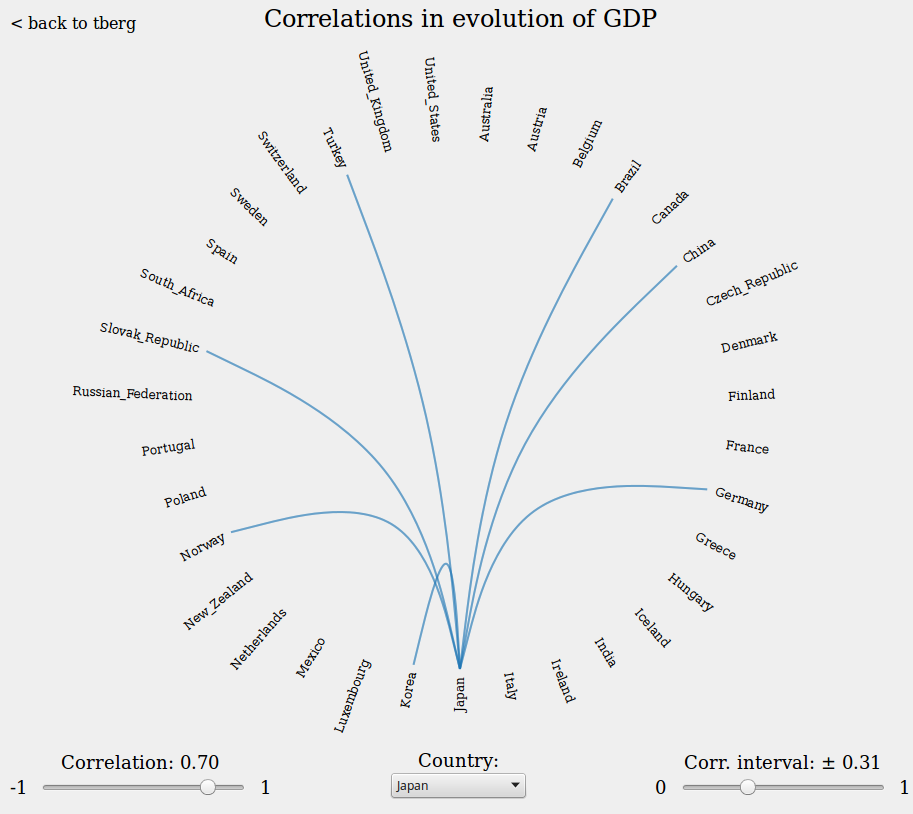 In the book they mention the following four clusters: Scandinavian, Continental, Anglo-Saxon, and Mediterranean. See if you can find them by tuning the correlation threshold and the width of the interval.

The visualization was made using the D3.js library. The source code is available at GitHub.